This was a simple solution for the client, although it can be considered complicated to some. In this project we had a small area to photograph the cut of meat which had been cooked and sliced and placed on a wooden board in a small kitchen. The windows had to be blanked out with card and tape to eliminate any stray light.

We used a single light source from the left hand side, about 6 feet from the subject, then using a remote flash triggered from the cameras main remote slave. A tripod was used to hold the camera on a solid footing, plus using a remote trigger. Using a low iso of 100 we set the aperture to f13, focused on the end of the meat which was in the centre of the focus. A black background card was placed behind the table plus the lights were all turned out after manually focusing on the subject. A little work was done later in photoshop to edit the centre of focus and distort the background areas before finalising and sending to the client. 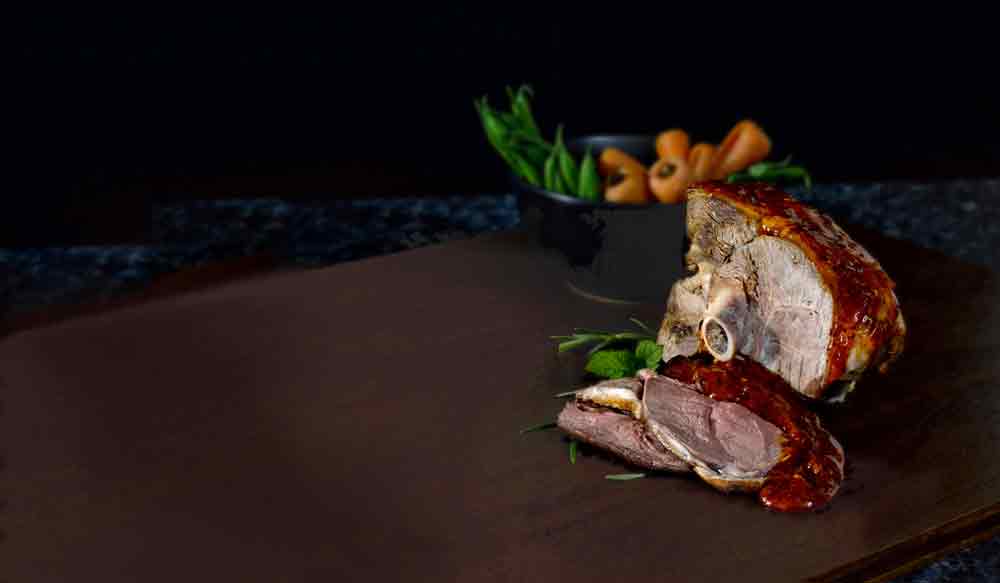 Contact us today using the details on our contact page.
We are always happy to give you an estimate or answer any queries you may have.